Comments from the audience:

Fantastic singing / Delightful and pleasant, reminds me of Sade / A mix of Patti Smith and Billie Holiday / I can hear Flora Purim! / You write really good lyrics indeed / I’m impressed by the depth in your authorship / Tight drummer! 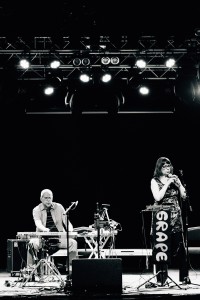 The couple Carin and Magnus started the group as a semi-laptop duo in 1997 with a few gigs and a webcast. They were inspired by the club scene in England, especially drum’n’bass and triphop. Grape was presented in the brasilian worldmusic radio station, Mosaico radio. Grape has also made music for an informational video. Between 2000-2007 the duo released four CD-R:s.  See: Grape Records: 2000-2005 (CD-R only)

After a brake Grape restarted in 2005 and performed with different guest musicians such as Jair-Rohm Wells, Linda Adami, Jan Liljekvist och Hans Thunberg. A common denominator is their background in improvised music.

The trio
Between 2008-2015 Hans Thunberg (gu) also was member of the group. More about Hans music: http://thunbergmusic.wordpress.com

The singer/composer – the drummer 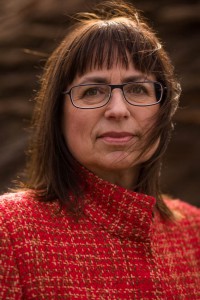 “I like sounds. Sounds that make an impression. Text as sound, voice as sound, instrument as sound. As a music producer, I can create my own soundscapes. I write lyrics that mean something to me and hopefully to others.”

it all began…
“I grew up at a farm with lots of noices to influence me. Machines, animals and nature. I used to improvise to the beat of a waterpump or sing loudly from the tractor. When I was eight I started in the village churchchoir and went performing with my two sisters. At ten I continued with guitar, singing swedish foksongs and american folk/protestsongs. I joined a theatre group at highschool, made music with them and picked up latinamerican folksongs. After that I moved to Stockholm to attend art school. A friend played Flora Purim to me and I became a great fan of jazzimpro. To be sure I din’t miss out anything I also went to theater school, music school and studied Musicology, Sociology and Pedagogic. Went touring as a bass player, as an actor, as a singer. Bits of this and that. After my sisters child died in cancer I started writing my own songs again. That led to demos and a scholarship, which led to an ep (Carin & In blanco) which was picked up by swedish radio.”
Read more: http://lundhquist.se 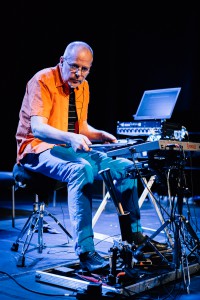 musician and composer since mid 1970:s, also computer programmer since 1995